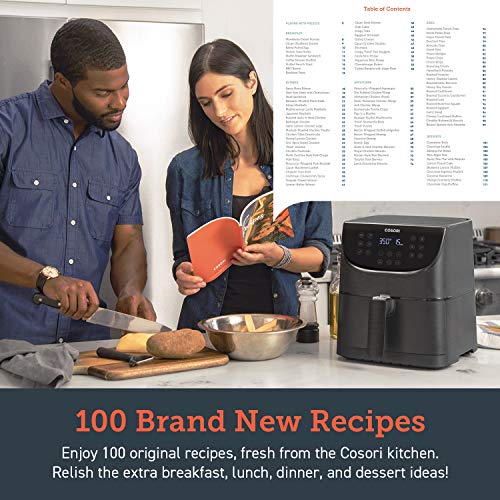 What is a Convection Oven?

There are two general styles of convection ovens. The first is as part of a standard range, with stove top and oven. The other is a countertop sized appliance that resembles a large toaster oven.

What is an Air Fryer?

An air fryer is basically a little convection oven. It cooks at very high temperatures and circulates the air using a small fan. It is also supposed to use less oil than an oven or oil fryer and that improves the healthiness of the food. Let’s look at the main difference between an air fryer and a convection oven.

Convection ovens come in two configurations, part of a range and as a stand-alone appliance. Both the stand air fryer must be either stored on the counter or in a cabinet. An air fryer would be an ideal traveling companion as it is smaller than a standalone.

A convection oven, like all ovens, is only as clean as the cooking process allows. A spill requires either a self-cleaning feature or use of oven cleaner and elbow grease. An air fryer is more easily cleaned as most of the components are dishwasher safe. That being said, it still takes some cleaning to keep it in tiptop shape.

Prices are fairly comparable for a convection oven and air fryer. A stand alone convection oven runs between $25 and $1500 for non-professional setups. Air fryers range from $21 to $1000.

Reviewers mentioned that air fryers were slighter noisy than convection ovens but didn’t heat the kitchen up as much as a convection oven. Air fryers also don’t have to be preheated – saving energy and decreasing heat transfer.

If you are cooking for one or two people, an air fryer is probably your best best. It can handle most tasks, except toasting, and is easy to use. Reviewers mentioned that air fryers are great for teens to prepare after-school snacks or solo dinners. You’ll save some energy and won’t overwork your air conditioner or window fan.

If you are cooking for larger groups, a convection oven is probably your choice. Instead of making multiple batches of food, you can prepare one meal. Check out the latest air fryers on Amazon with 4-star ratings or higher.